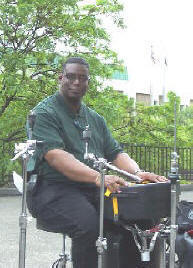 Bennie Keys is a jazz & pop drummer and has been a member of Local 56 since 1989. He was elected to the Local 56 Executive Board, later becoming the Vice President, and in 2018 was elected President. He has been on the Diversity Council for the American Federation of Musicians for several years. If you would like to contact him, his number is 813-0753, E-mail him at bkeys@hopenetwork.org. 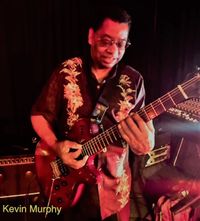 Kevin Murphy has been a member of Local 56 since 2000 and became a Board Member in 2008. As of January 2019 he was elected as acting Vice President. He has a Bachelor Degree in Music Education from Aquinas College, studied at Berkley Jazz Music Conservatory in Boston, attended the Guitar Institute of Technology in Los Angeles and teaches privately on guitar, sax, bass and voice. Kevin has played music professionally most of his life, currently fronting his own band, Murphy's Law on sax, vocals and guitar, and he also does a solo act. Over the years, he has opened for the God Father of Soul - "Mr.James Brown", played with Junior Walker's All-Star Band as well as some Motown groups while living in Hollywood. He also does vocal recording, musical arranging and orchestration for area local Artist.

I support youth who want to pursue live music because it can be very helpful when those who are involved take an interest in them. Both Elementary and High Schools cease to have art's programs because of budget cut backs and as a result we as a musical committee need to be vibrant and visible. This helps make young people aware that there are positive choices that are within reach. 'Living the Dream' as one might call it. I have two beautiful daughters and I am still a free spirit. My pursuit of the martial arts encompasses a combination of styles; as a result, my approach seems to be a bit unorthodox but effective." 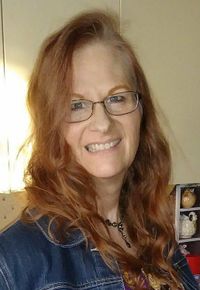 Andrea Giba began her stint as Secretary/Treasurer in January, 2018. She knew she wanted to play the saxophone when she picked it up in fourth grade. Throughout her elementary and high school years, she was active in the concert band, the jazz band, the marching band, the concert choir, and even learned other instruments, like the trumpet, trombone, clarinet, and flute, and earned many medals during competitions. She also organized a big-band era cover band that played for reunions, county fairs, etc. After her senior year, she auditioned for and was selected to represent the United States in Europe with America's Youth in concert, which included playing at the Kennedy Center and the great Carnegie Hall. She now plays her saxophone at her church and at other venues like the GR Festival Of the Arts and with other exciting groups like Bennie Keys and Friends. Aside from all the music, Andrea has worked for the Space Shuttle Program at Cape Canaveral, has a green belt in Karate, and also has a Solo Pilot's License. 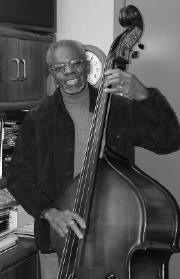 Elgin Vines has been described as one of the most sought-after jazz bassists in Western Michigan. He started stroking the strings professionally over 40 years ago, making a switch from woodwinds at the urging of his college music professor who needed a good bassist and pointed out greater career opportunities for bass players. The West Michigan Jazz Society named Elgin the 2005 Jazz Musician of the Year.

Over his career, Elgin has performed with nearly every musician in West Michigan and has toured with many major recording artists.

As a retired technologist and claims analyst for Amway Corporation, Elgin plays these days for the love of it and spends his spare time listening to his jazz collection, as well as offering technical assistance and moral support to young bassists when requested. He also leads his own group, ELGIN VINES & COMPANY. 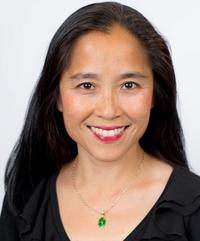 Christina Fong was elected to the Board of Directors for Local 56 in January 2017.
A member of the Grand Rapids Symphony and the Local 56 since 1988, Fong is currently Associate Concertmaster and plays in the Symphony’s Calder Quintet, which tours western Michigan giving civic and educational concerts. From 1990 to 2002 Fong served as an adjunct instructor of violin at Grand Valley State University. 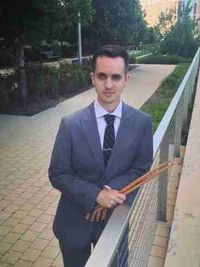 Jack Latta moved to Grand Rapids in 2017 after winning the Section Percussion job with the Grand Rapids Symphony. He grew up in Nebraska, where he got his Bachelor's degree from the University of Nebraska-Lincoln. He then moved to Kansas City (where he first joined the (A.F.M.) to begin graduate work at the University of Missouri-Kansas City, where he earned a Master's degree and completed two additional years of study. In addition to his work with the Grand Rapids Symphony, Jack also works as a substitute / extra percussionist with orchestras such as the Kansas City Symphony, Des Moines Symphony Orchestra, and the Omaha Symphony. 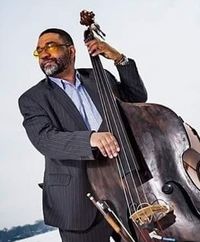 Minister Charles Christopher Johnson, born February 7 1970. He graduated from Muskegon High School in 1988 and received a scholarship to attend Western Michigan University in Kalamazoo. Later, Minister Johnson transferred to the "School of Music" at the University of Memphis. While in Memphis, he partnered in ministry under the leadership of Bishop Lee Ward of Greater Harvest COGIC.

Minister Johnson is a registered member of the Grand Rapids Musicians Union Local-56 and AFL-CIO. He is registered as a free-lance affiliate member of the National Academy of Recording Arts & Science (NARAS) of the Grammy Association where he appears on 9 recording projects ranging from Gospel, Contemplative Worship and Jazz. Charles is a classical jazz bassist and has performed with many music masters including ten time Grammy winner Bobby McFerrin, nine-time Grammy winner Janis Siegel of the Manhattan Transfer, and Internationally known jazz vocalist Mark Murphy -noted folk singer / songwriter. As a Production Manager for thr Best of Jazz & Savoir Faire Productions Charles has produced shows for jazz saxophonist Art Porter Jr. and Joe Sample among others. 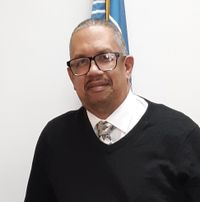 Fred Mitchell is a bassist, born and raised in Grand Rapids, MI and is retired from work in mortuary services. He is a bass guitarist and vocalist, having played with bands of all musical styles. He was a member local bands Azz Izz, and Kaptain Krunch & the Funky Bunch, playing through the US and playing as opening act for many popular recording groups. He continues to play with local bands and with his church band, called Reflections of a Journey. His love of music and desire to be of service to area musicians led him to join the AFM/Local 56 in 2017, and become a Board Member in 2020. 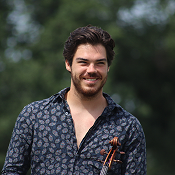 Samuel Koeppe is a violist based in Ann Arbor Michigan. A graduate of the University of Michigan where he studied with Yizhak Schotten, Sam has a varied career as a performer and educator. In addition to performing as Principal viola with the Lansing Symphony, Sam is also the viola mentor for the Detroit Symphony’s Civic Youth Ensembles program. A fervent chamber musician, Sam has collaborated with Jeffery Meyers of the Calidore String Quartet, pianist Natalia Kazaryan and has performed in a string quartet for Supreme Court Justice Sonya Sotomayor. Sam also performed the role of Zoltan the party-crashing violist for the Michigan premier of William Bolcom’s comic opera Dinner at 8. When he is not playing viola Sam enjoys taking ballet. Sam plays on a viola made by Robert Clemens 2011.